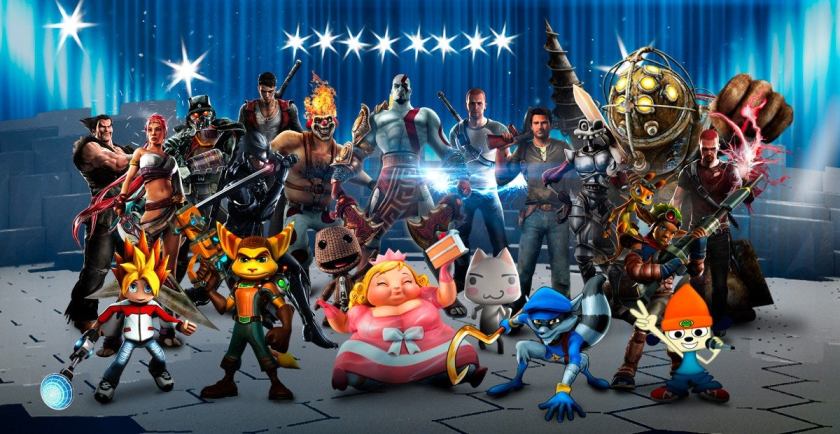 I’ll never forget, back in 2012, convincing my dad that I didn’t just want PlayStation’s new crossover-fighting game, I needed it. Watching him try and remember the name of PlayStation All-Stars Battle Royale to the Gamestop cashier will always stand out in my mind. Bringing it home, I booted it up on my family’s brand new PS3 Super Slim model, and the opening cinematic played showing all my favorite characters fight on screen together was permanently glued into my mind.

While receiving mediocre reviews, and hailed as nothing more than a Super Smash Bros. wannabe at the time, it as now gained a cult following. With rumors for a possible sequel back in February of 2021, and the recently announced Nickelodeon All-Star Brawl, a fighting game with familiar cartoon characters such as the Teenage Mutant Ninja Turtles, there’s really only one plausible course of action on Sony’s part; It’s time for a new PlayStation All-Stars Battle Royale.

The possible fighters for the roster alone make this dream need to become a reality. The original already had a solid cast of 20 iconic characters. From the most popular at the time, such as Sack Boy from Little Big Planet, to going deep into Playstation history with Sir Daniel of the PS1 title Medievil. Don’t forget the DLC fighters either which, of the 4 added, really added Isaac Clarke from Dead Space! It’s been almost 9 years since the original released, and the amount of new memorable characters that could be added from new and existing franchises would make Nintendo run for its money. Here’s a rundown of some possibilities if you don’t already have your own list:

It’s common for games like this to have 3rd party characters, so, if Sony plays their cards right, we could finally duke it out as Crash Bandicoot, and Spyro the Dragon. Maybe even Arthur Morgan from Red Dead Redemption II, please?

Royale was simply ahead of its time to the point where eventually, Nintendo themselves seemingly took multiple ideas from it. Sony made the bold move of releasing its fighting game on both the PS3, and its handheld, the PsVita. Just 2 years later, Nintendo would copy this idea with Super Smash Bros. Wii U, and Super Smash Bros. 3DS. Nintendo made the smart move by making each version of the game feel unique, but the fact still stands that yes, Sony did it first.

Another thing stolen would be an entire game mode. Let me explain, in Smash Bros. the goal is to hit the opponent of the stage, in Royale, the only way to defeat another player was to get enough hits to fill up a final move bar, that would give out the final blow. This was cool because it added for more map variety, now that the goal wasn’t just to hit the other players off the stage. In Smash Bros Ultimate, this is one of the many modes you can select, to mix it up from the regular “Smash” mode.

One final element that was incredibly underrated, would be the story, or should I say stories. This is because each character had their own original storyline. Count it, that’s 20 different ways to play the story mode. These, while never perfect, did their best to attempt tying each universe together in interesting ways, with every character having a ‘rival’ such as Nathan Drake and Sly Cooper. To see this idea expanded upon with Sony’s cast, in the same vein as Smash Bros. Brawl‘s Subspace Emissary, could make it one of the best in this genre.

PlayStation All-Stars Battle Royale is nowhere near the top of best fighting games ever made, but it held so much potential, and deserves a second chance. If we can get 24 Call of Duty‘s, or, honestly at this point we’ve all given up counting how many Madden‘s there’ve been, we can get a sequel to one of the most under-appreciated games of the 7th console generation.