Wait, a spinoff that doesn’t rely on only things you know in a movie from 20 years ago? Maybe we aren’t in the bad timeline after all.

Lightyear was released in 2022 and was directed by Angus MacLane. The film stars Chris Evans as Buzz Lightyear, Keke Palmer as Izzy, and James Brolin as the Evil Zurg. Based on the toy from the Toy Story series, Lightyear sees a group of space travelers marooned on a hostile planet, with Space Ranger Buzz Lightyear overcoming many obstacles, doing all he can to help get this group off-world.

Is Chris Evans a worthy replacement for Tim Allen in the title role? Yes… with some getting used to it. If you go into this movie expecting the same Buzz that we know, you’ll be disappointed. There are definitely elements that bridge the two incarnations of the characters together (which was great to see), but the film does not rely on your nostalgia for the Buzz you already know.

While the film’s side characters are fun and add much levity to an otherwise serious story, it never pulls a Rogue One. In that, it doesn’t take too much time away from Buzz so that we can learn the reason why a character has a specific scar on their left eye or something along those lines. Lightyear does give everyone something to do, that advances the plot but, it understands that this is a Buzz Lightyear story, and that’s what people came to see.

Also, Sox, the robot cat, is one of Pixar’s best side characters of all time. He doesn’t need a Disney+ spinoff, but due to his ‘purrfect’ comedic timing, and how he actually matters to the story, he is a highlight.

The treatment of the film’s villain is up for debate. They add some backstory to Zurg and it does add to Buzz’s character development, but it’s a bold and, potentially, divisive choice.

Several story elements went in unique directions most will not expect. It deals with a lot more, what’s a good way to put this, um, like, space-sciency-stuff, stuff, than major audiences will likely expect. This was cool to see, as the marketing honestly does a pretty good job of hiding what this story is about. What’s great about the plot, it’s all centered around Buzz, which was great to see.

Visually, this might be Pixar’s best-looking film, and the best-looking animated feature since, maybe Toy Story 4. Many of the actual space travel sequences, and even moments on the planet, rival the best science fiction out there, including something like Christopher Nolan’s space opera Interstellar (again, visually.)

It was hard not to go into Pixar’s newest animated classic, not wanting more of the Buzz I loved but, when I left, I found myself wanting more of this. When first announced, I was extremely skeptical about Lightyear’s existence. I’m glad to say I was wrong. 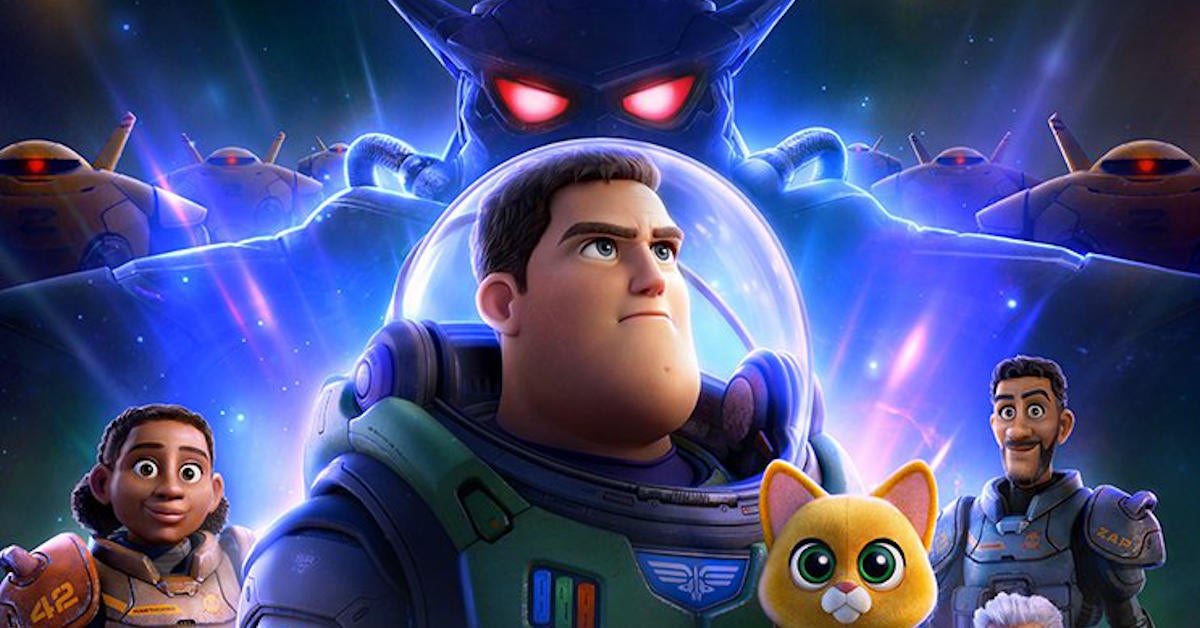 [My Grade for Lightyear is an A-]